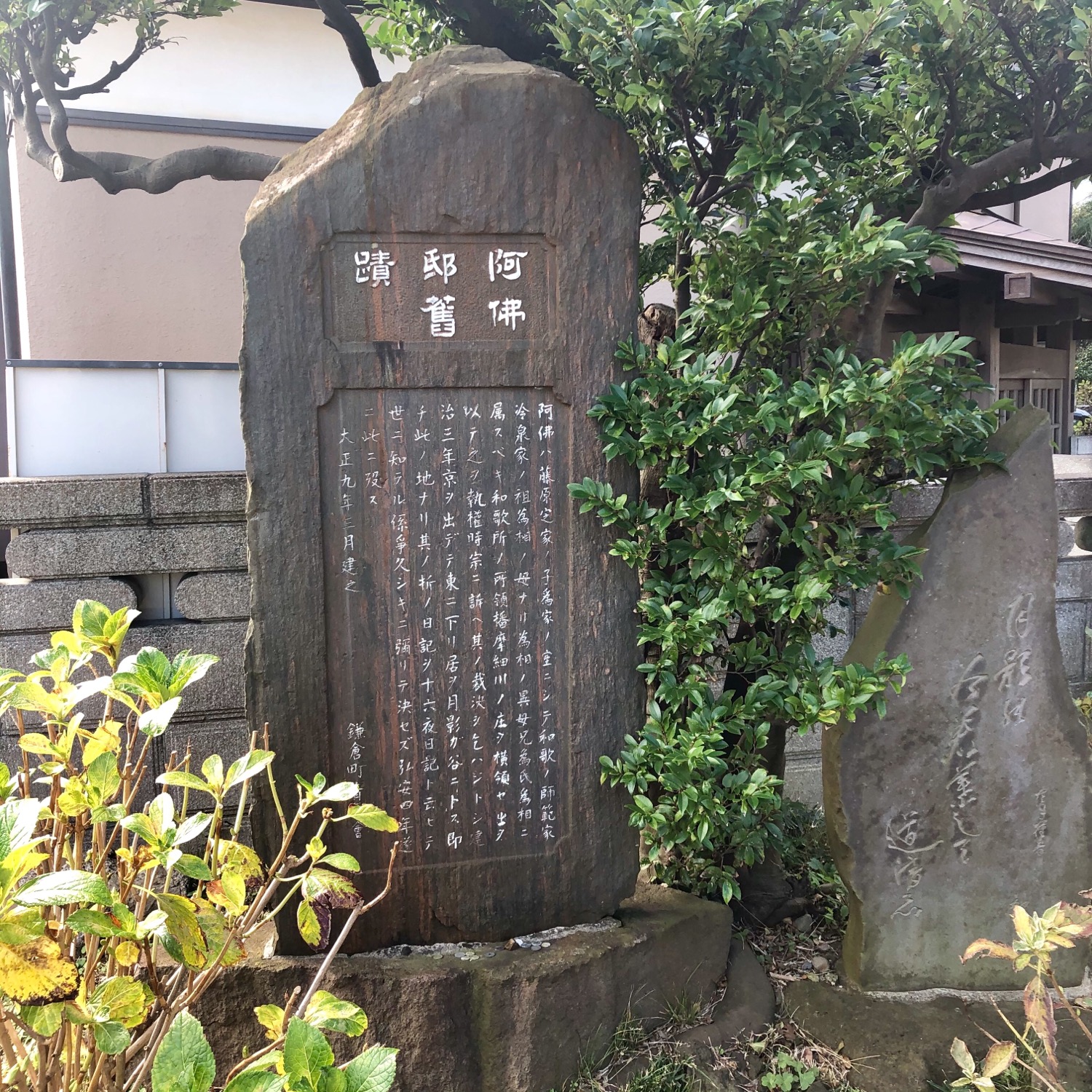 This Sekihi, or stele, can be found a short walk south of the Gokurakuji Station where the road crosses over the Enoden railway tracks.  The historical marker reads:

The nun Abutsuni was married to the famous Waka author Fujiwara Tameie,  son of Fujiwara Teika. She was also the mother of Tamesuke, who was raised by the famous Reizei clan. At one point, her brother-in-law, Tameuji, took the territory of Tameso in Hosokawa, Harima, Hyogo Prefecture.

Departing from Kyoto in 1277 because she was denounced by the Hōjō clan, she traveled along the Tokaido route and ended up living in an area called Tsukage-gayatsu in Kamakura, which is this place.  Her travel diary at that time is famously called Izayoi Diary.  The trial was lengthy and could not be settled while she was alive. She died here in 1281.