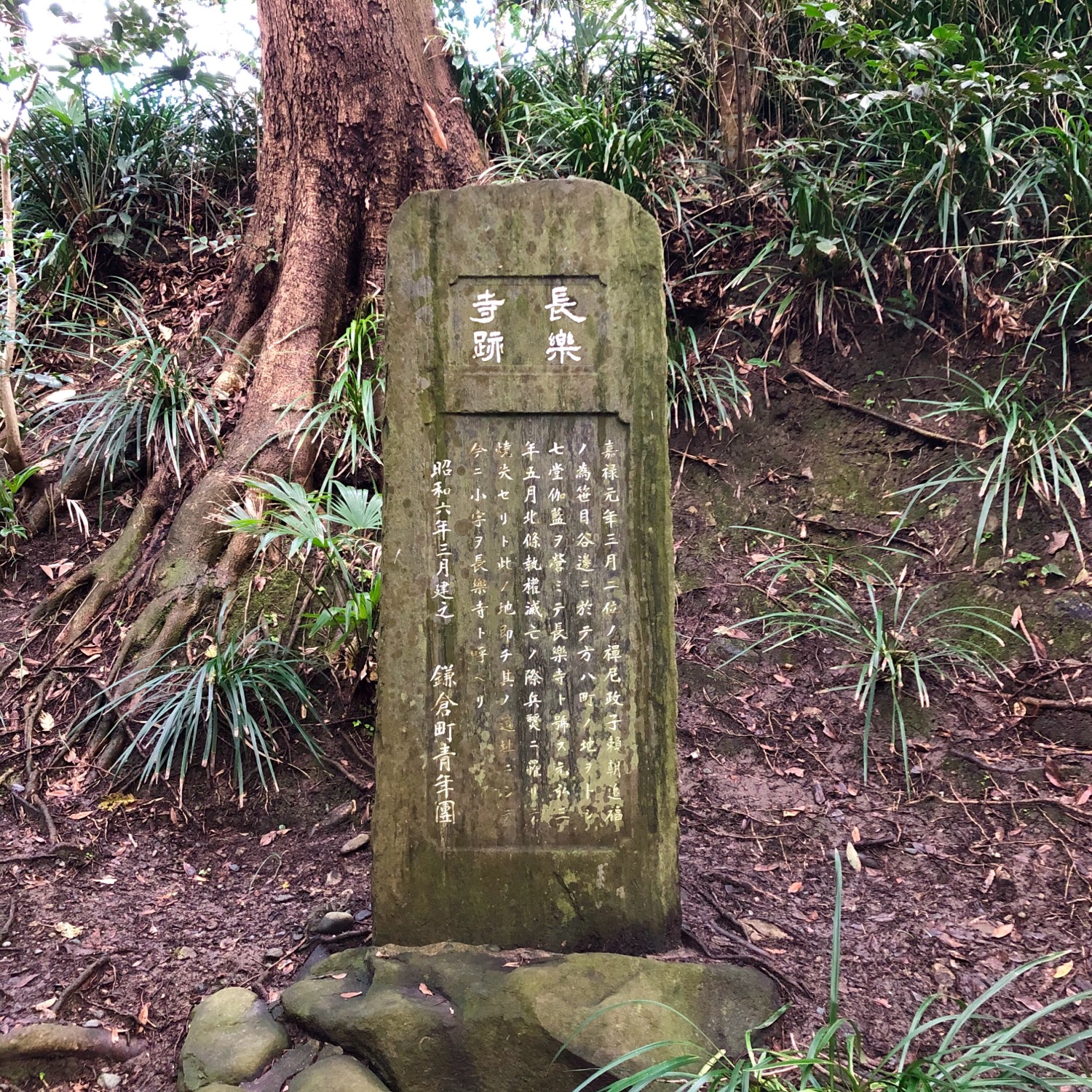 Take the winding path up to the front gate of the Kamakura Museum of Literature in Hase and you will see a stone historical marker standing to the right among the trees.  It reads:

Choraku-ji Temple was built in March of 1225 by Yoritomo's wife, Masako, for the memorial service of Yoritomo.  The place is near Sasamegayatsu, where 800 square meters of land was chosen to build the 七堂伽藍 (Shichidō Garan or seven temple complex).  Later, in May 1333, when the Kamakura Shogunate ended, the temple was burned during the war. This is the place where it once stood, and even now the place name Chorakuji remains.

Erected in March of 1931 by the Kamakura Seinendan Young Adult Association.