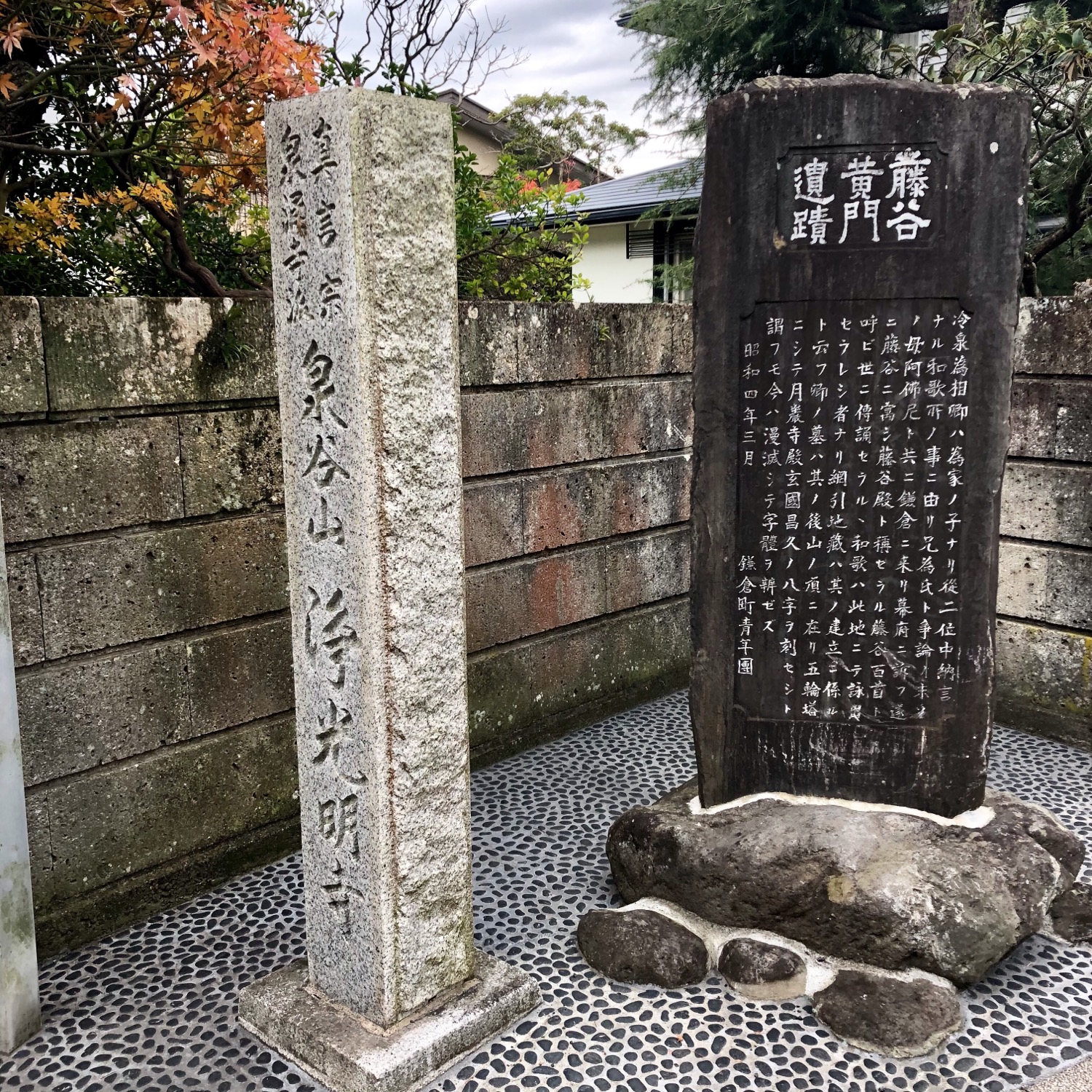 At the entrance to Jokomyoji Temple in Ogigayatsu you will find the stone historical marker that reads:

Reiizumi Tamesuke was a child of Tameike. There was a dispute with a brother, Tameuji, regarding the ownership of some land in Harima, Hyogo Prefecture.

Therefore, he came to Kamakura with his mother, Abutsuni, and appealed to the Shogunate. Thereafter he always lived in Fujigayatsu and was therefore called Fujigayatsu-dono.

A collection of waka poems called Fujigayatsu Hyakushu  was written in this place. He seems to have been involved in erecting the Amihiki Jizo. His tomb was located at the top of the mountain along with a 5-storied pagoda. The eight letters of Masahisa Genkoku, Gunganji Temple are engraved on it, but they are worn down and cannot be read well now.

Erected in March of 1929 by the Kamakura Seinendan Young Adult Association.