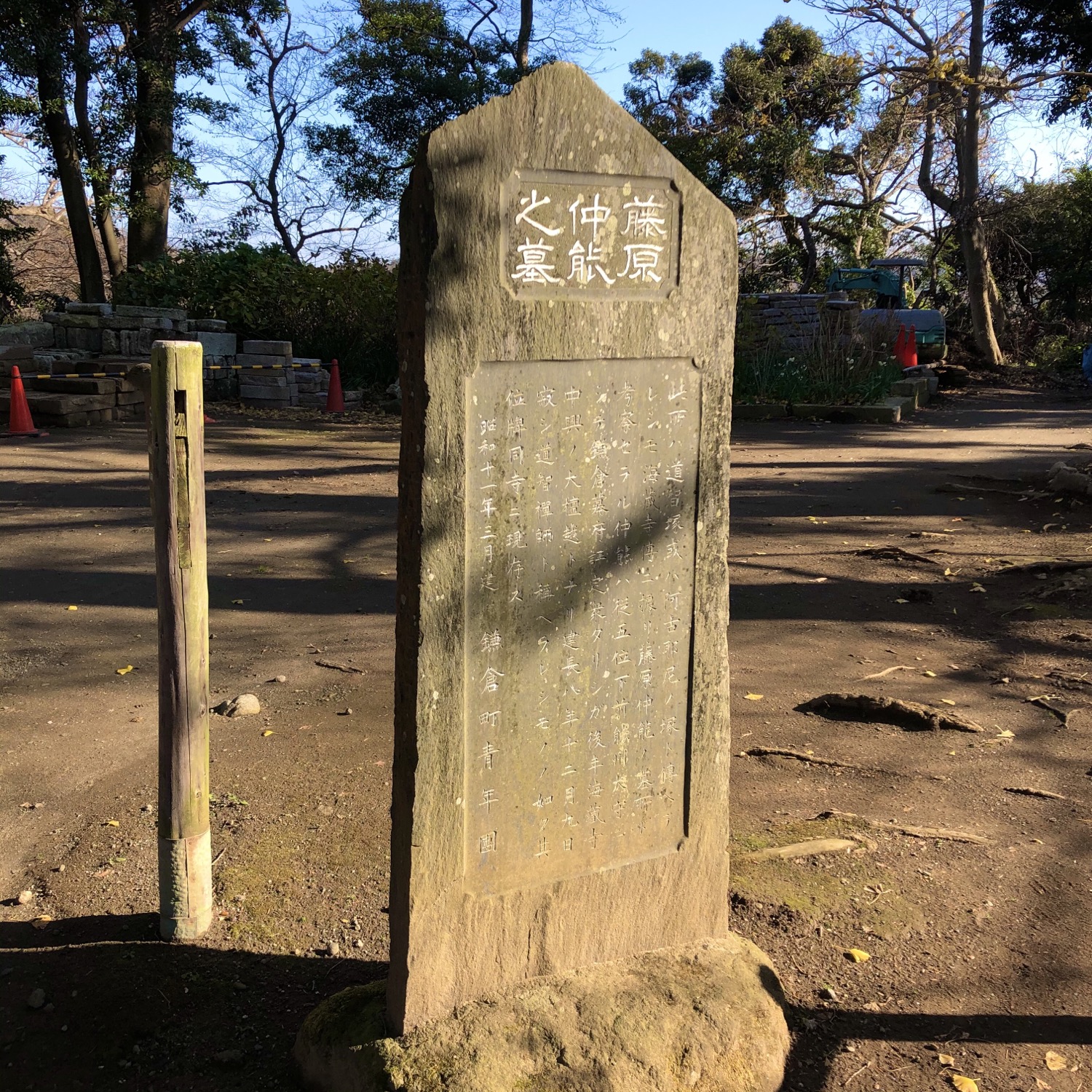 At the top of Genjiyama Park and at the northern end of the parking lot near Kuzuharaoka Shrine you will find a Sekihi, or stele, that reads:

This place is said to be Dōchi or Akoyani mound, but according to Kaizōji Temple, it is probably the tomb of Fujiwara Nakano.  Nakano was a shōgun of the Kamakura Shogunate, but later contributed to the development of Kaizōji Temple. He died on December 9, 1256, and was said to be a Doichi Zen priest.

Erected in March of 1936 by the Kamakura Seinendan Young Adult Association.