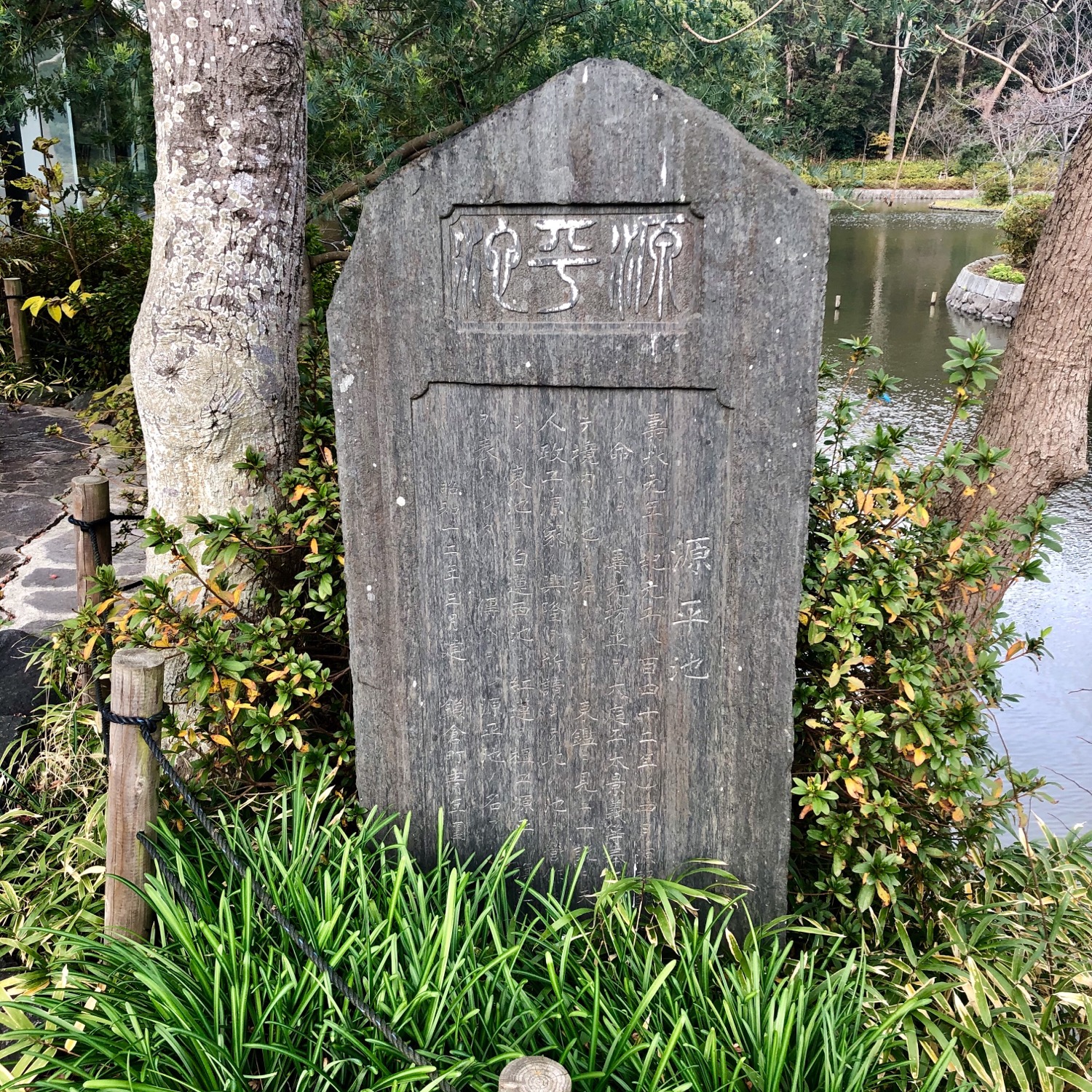 A few meters beyond the third Torii (San no Torii), where the western bridge goes over the pond leading to Hachimangu, there is a stone historical marker that states:

According to the Azuma Kagami, in April 1182, Minamoto no Yoritomo allowed Senkōbō and Ōba Kageyoshi to dig a pond at the Hachiman Shrine. So it is written.  Another theory is that Masako, Yoritomo's wife, built this pond for the hope of a thriving Genji (an alternative name for the Minamoto clan) and planted a white lotus in the east pond and a red lotus in the west pond.  It is said to have displayed the color of Genpei's flag, therefore it is named Genpei Pond.

Erected in March of 1937 by the Kamakura Seinendan Young Adult Association.