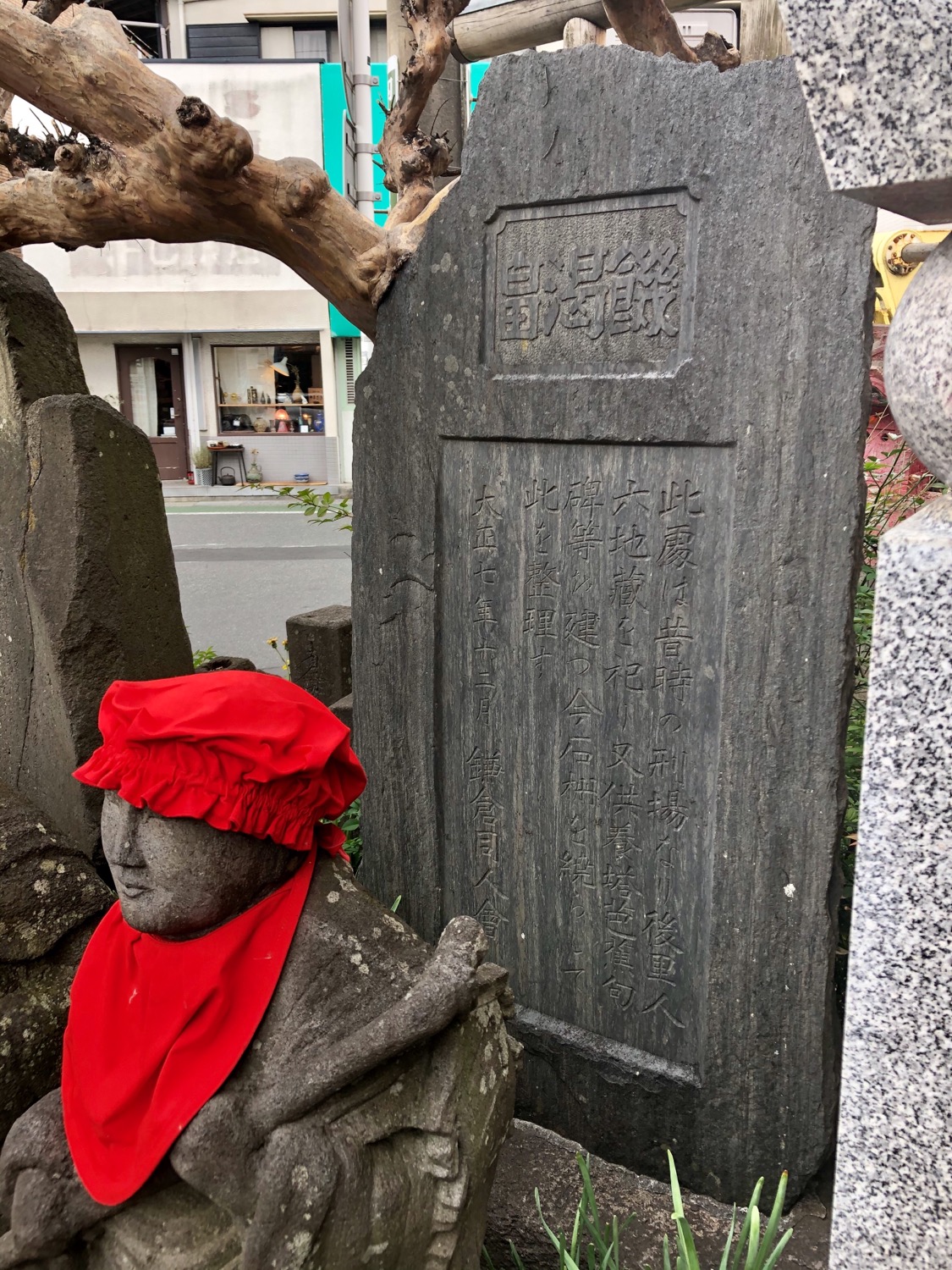 One theory for the title of this Sekihi, or stele, is that because the land here was once a place where killings occurred it was never farmed.  Therefore, it was not a place where people starved, but rather a place that never provided food, hence the name.

At the Roku Jizo intersection along Yuigahama Dōri, on a spot that was once a prison, you will see the little shrine of the six Jizo statues wearing caps and bibs of red.  The historical marker behind them reads:

This was a place where executions were carried out in the past, and later the people laid down Jizo to calm the spirits of the dead.  There is also a memorial stone dedicated to Matsuo Bashō (a famous Edo Period haiku poet).

Erected in 1918 by the Kamakura Seinendan Young Adult Association.