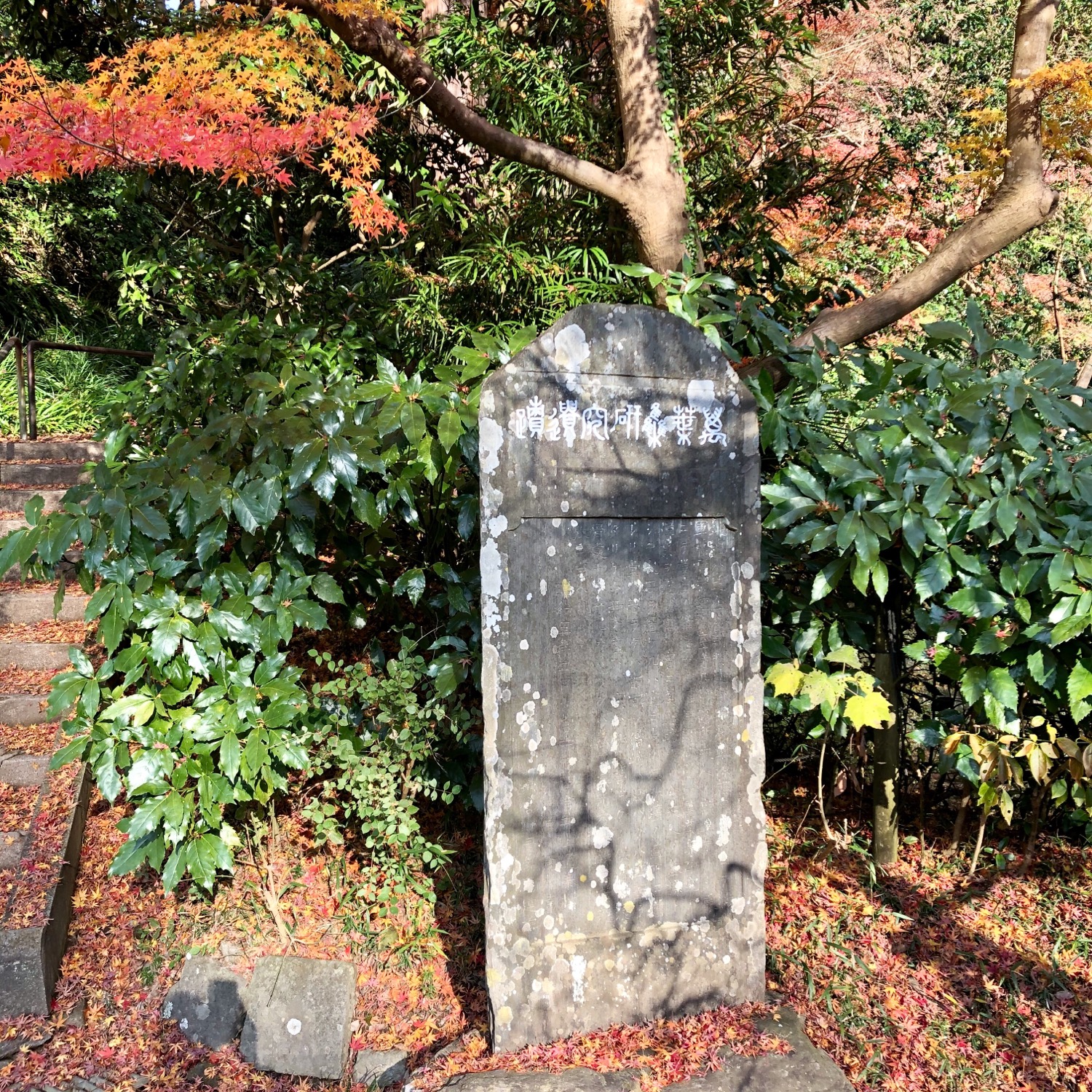 To the left of Myohon-ji Temple about 20 meters, near the stairs that lead to the upper cemetery, is a stone historical marker that reads:

This place is where Shin-Shaka-dō in Hikigayatsu was located.  It was also the tomb of Take no Gozen, the daughter of Shōgun Minamoto no Yoriie and the wife of Shōgun Yoritsune.  It was in this hall that the monk, Senkaku, did a fine study on the Man’yōshū (the oldest collection of Japanese Waka poetry dating back to the 8th century Nara Period).  Where the 大石 (Ōishi, or large stones) are placed at the wife’s grave is just below the Buddhist altar in the hall. The hall probably faced south, and the building where the monks lived seemed to face west.  It is presumed that the rock house below the cliff to the west contains the buried bones of generations of monks such as Senkaku. The details are described in the "Man’yōshū Revised Appendix of Man’yōshū Miscellaneous Thoughts".

Erected in March of 1930 by the Kamakura Seinendan Young Adult Association.