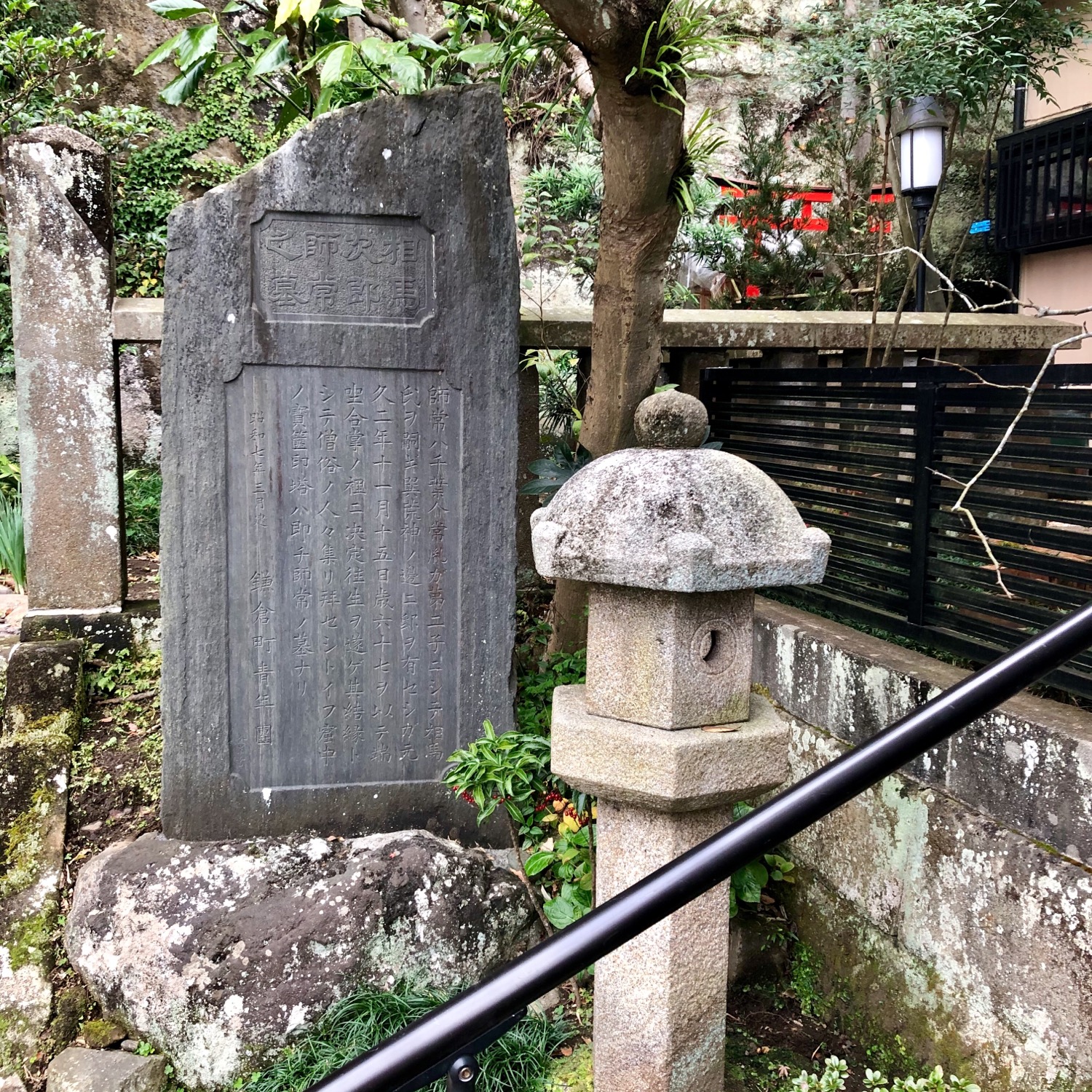 This Sekihi, or stele, is found on the western side of the same hill shared by Jokomyoji Temple in Ogigayatsu.  It is at the dead end of a residential street where you will see a gravesite. The stele reads:

Shojo Soma, the second son of Chiba's Tsunetane Chiba, inherited the Soma family and lived near Tatsumi Kojin. On November 15, 1205 at the age of 67, he died while sitting Seiza, with his hands together and his legs folded beneath him. People gathered to worship him in this meditative pose. The stone tower in the rock cave is his tomb.

Erected in March of 1932 by the Kamakura Seinendan Young Adult Association.