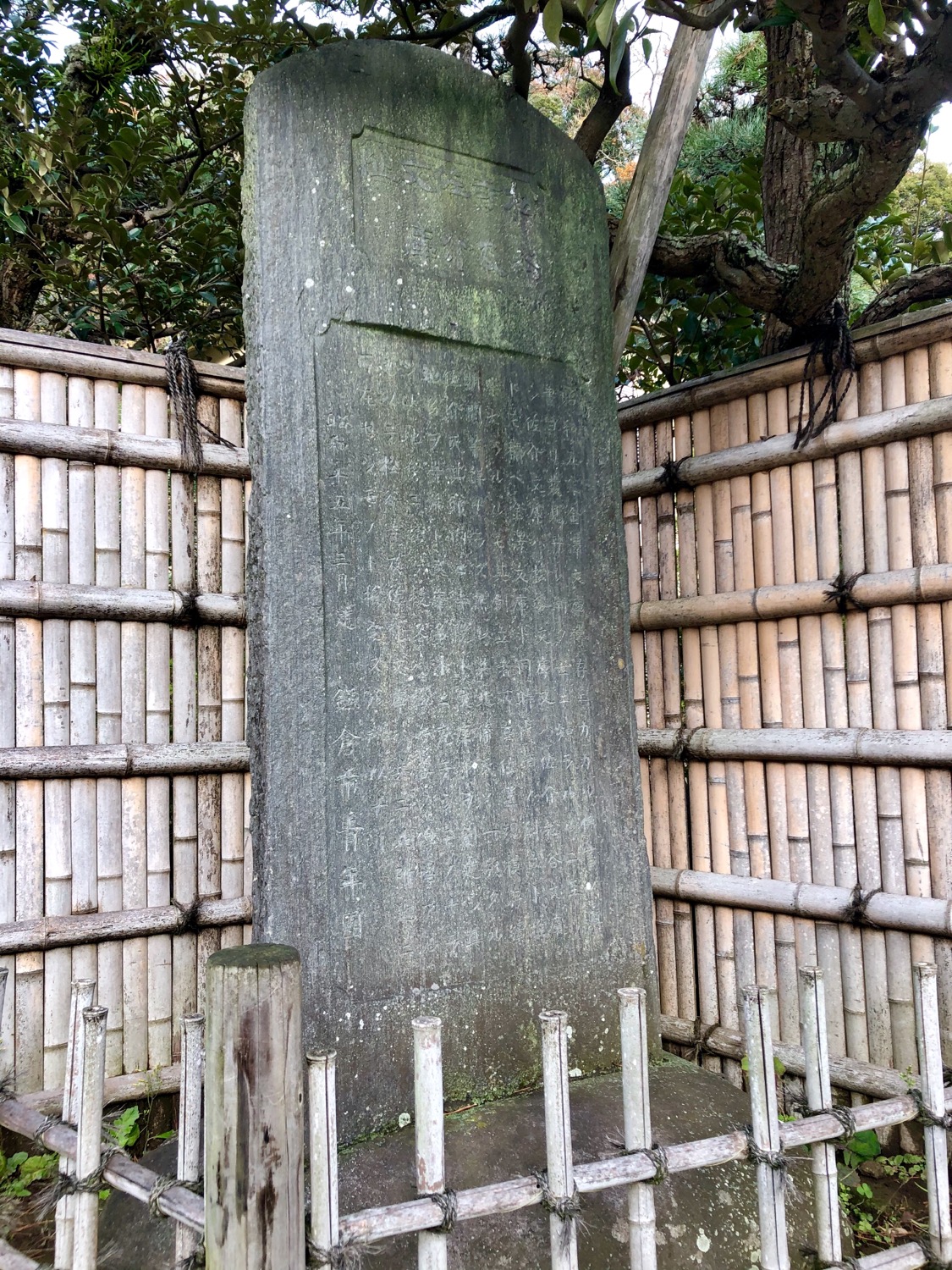 Located at Sasuke 1-16-17 between the first and second tunnels along the main road west of Kamakura Station, this Sekihi, or stele, is extremely worn down by weather, but reads:

The name of Sasuke Bunko was first discovered in the world in 1980, when it was found in a Buddhist history book passed to Kanazawa Bunko.  The Sasuke Bunko is also known as the Matsugayatsu Bunko or Sasuke Matsutani Bunko, and is supposed to have been created in the same era as the Kanazawa Bunko.  It is unknown. However, it seems that Mr. Sasuke, a member of the Hōjō family, built a temple and a library here, and used the location as the name of the temple and the name of the library.  It is presumed that both Matsutani and Sasuke Bunko were in the vicinity because the name of this place is now known as Matsu branch or Matsu Valley.

Erected in March of 1940 by the Kamakura Seinendan Young Adult Association.