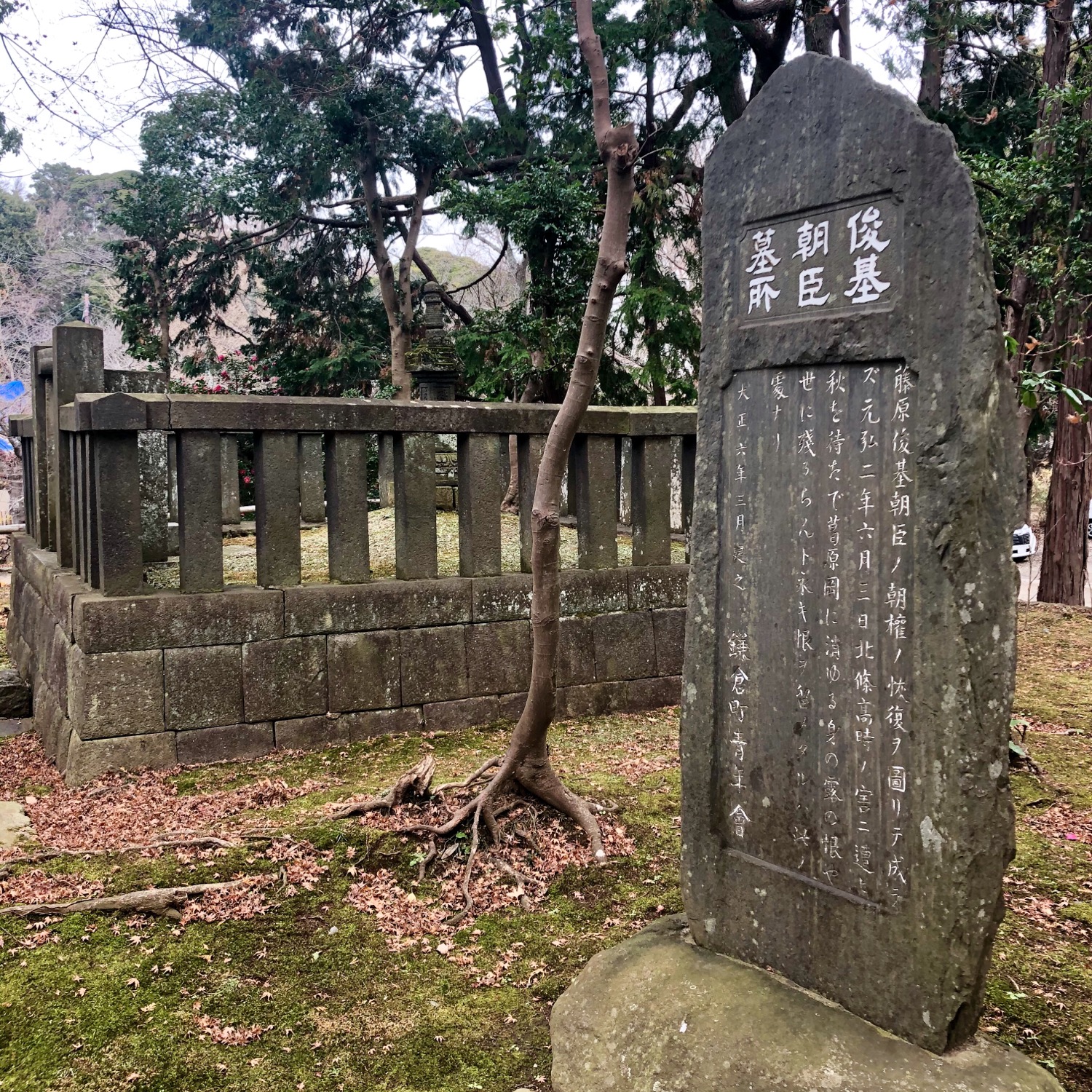 At the top of Genjiyama Park as you enter the parking lot for Kuzuharaoka Shrine, you will see a large gravesite in the trees to the left.  There you will find a historical marker that reads:

Hino Toshimoto planned to remove political power from the Kamakura Shogunate and return it to the Imperial Court, but he was discovered, caught and sent to Kamakura.  He was executed at this location on June 3, 1332, under the order of the Shogunate. This is the place where deep resentment will remain.

Erected in March of 1917 by the Kamakura Seinendan Young Adult Association.