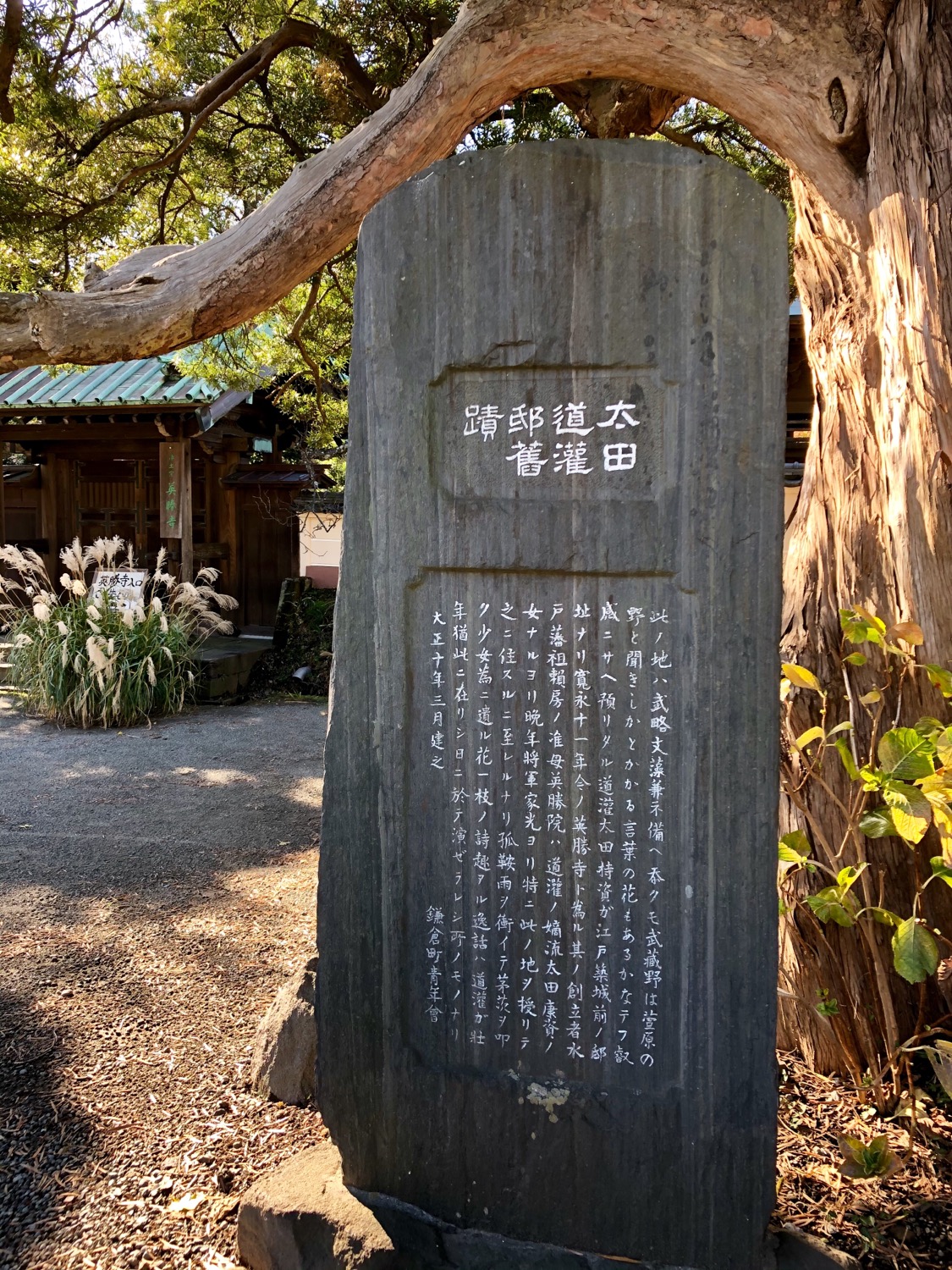 A historical stone marker can be found at the front of Eisho-ji Temple in the Ōgigayatsu neighborhood that reads:

This is the site of a mansion where Ōta Dōkan lived before Edo Castle was built.  Ōta Dōkan was a man who had both military tactics and literary talent. He was praised by the Emperor for his flowery, poetic words (which, unfortunately , do not translate well into English).

Eishoji Temple was built in 1634 by Eisho-in, who was also the nanny of Tokugawa Yofusa who opened the Mito territory. Eisho-in was the daughter of Yasuke Ōta, a descendant of Ōta Dōkan, and later in life, she was given this land by Iemitsu Tokugawa.  This is where the story came from where Ōta Dōkan rode a horse, ran in the rain, begged for rain gear in front of a thatched house, and was presented with a bouquet of Yamabuki flowers by a young girl.

Erected in March of 1921 by the Kamakura Seinendan Young Adult Association.