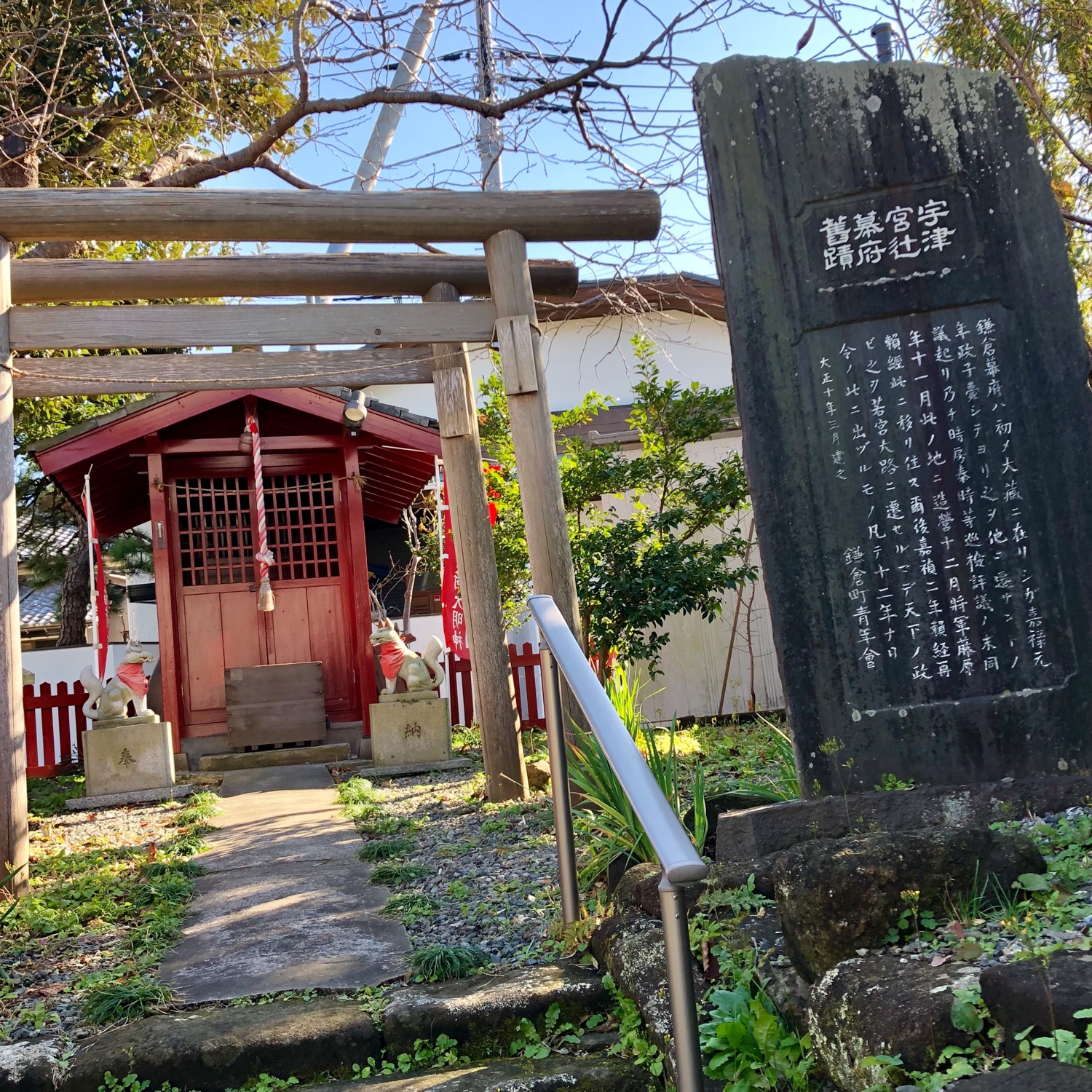 At the southeast corner of the Catholic Church on Wakamiya Ōji, you will find a small shrine and a Sekihi, or stele, that reads:

The Kamakura Shogunate was originally located in Okura, but when Yoritomo’s wife, Masako, died in 1225, it was considered moving it to another location.  After a debate between Hōjō Tokifusa and Hōjō Yasutoki, in November of the same year a new building was built and in December, Shōgun Fujiwara Yoritsune relocated here. The Shogunate's political affairs were held here for twelve years before Yoritsuke moved the Shogunate to Wakamiya Ōji in 1236.