柳原 Yanagihara (Place of the Willows) 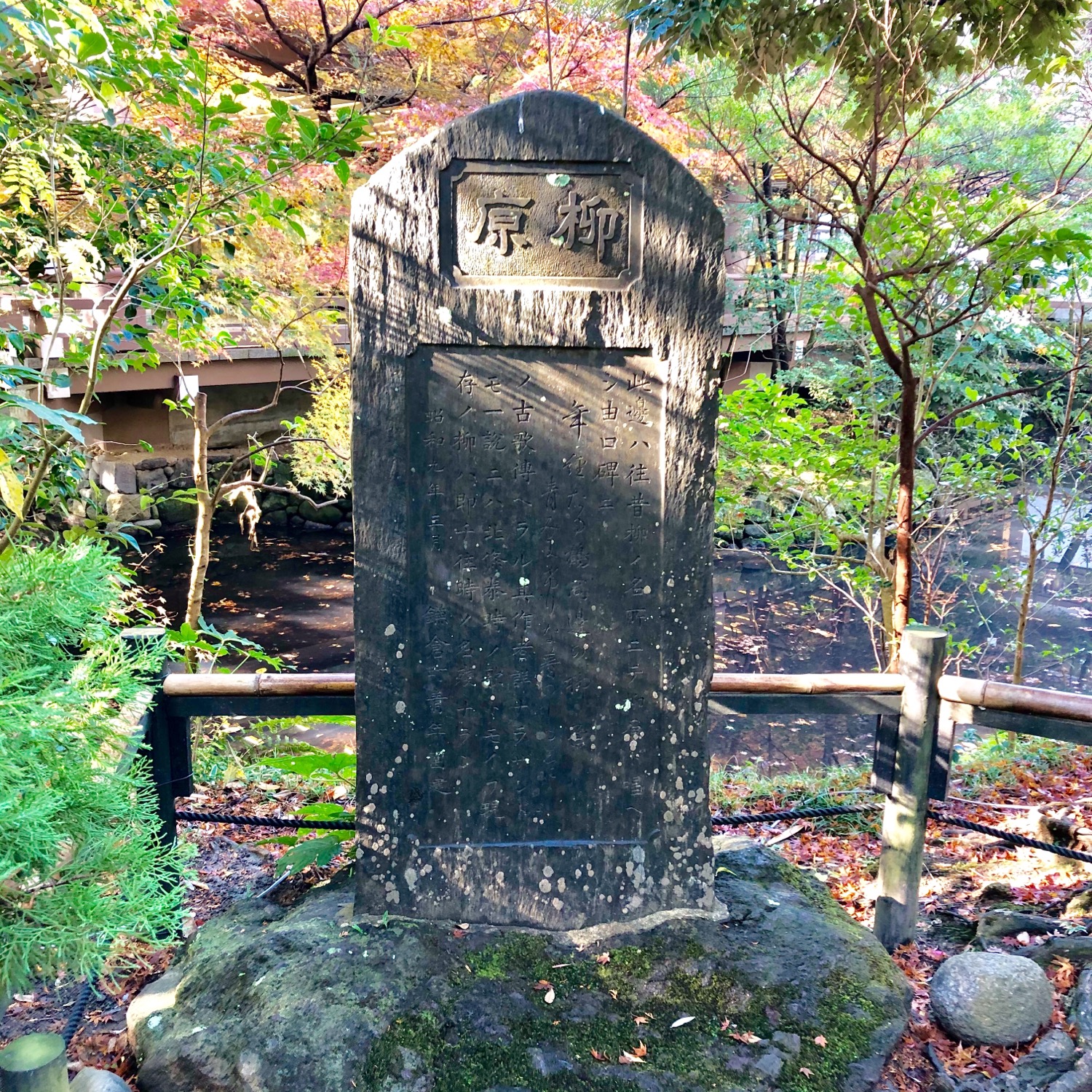 At Hachimangu there is a bridge that crosses over the pond between the Wakamiya Shrine and the Shirahata Shrine.  On the east side of the bridge you will see a stone historical marker that reads:

In the old days around here, this was a famous place for willows, and it was said to be called Yanagihara.  An old song has been told, "Aging Yanagihara in Tsurugaoka, blue-colored, a sign of spring." The author is unknown, but one theory is that it is also called the song of Yasutoki Hōjō.  Are the willows you see today a remnant of the past?